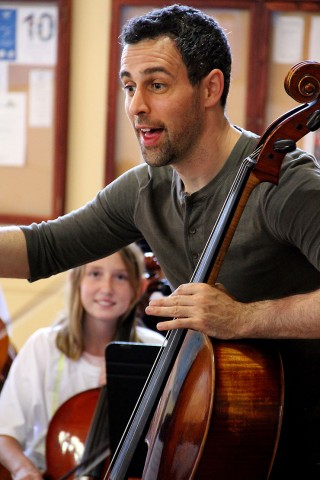 Jacob’s unique perspective as a groundbreaking solo artist, sideman, session player, school founder, and author has made him one of the most in-demand clinicians in the crate string world. His writing has appeared in Strings Magazine and The Strad.  He has lectured nationally at the Berkelee School of Music, Cal Arts, Oklahoma State University, Ithaca College and Georgia State to name a few as well as internationally. Jacob founded the Los Angeles Creative String Festival (now in its 9th year)and has been a faculty member of several summer festivals including Christian Howe’s Creative Strings Workshop in Columbus, Ohio and the New Directions in Cello Festival in New York.  Mr. Szekely has published articles for Strings Magazine and The Strad, and most recently contributed to Contemporary Cello Etudes published by Berkelee Press with foreward by Yo-Yo Ma.